Planning your accounting and fiscal obligations in Hong Kong in 2022

CONNECTION BETWEEN CORPORATE GOVERNANCE PRACTICES AND YOUR BUSINESS 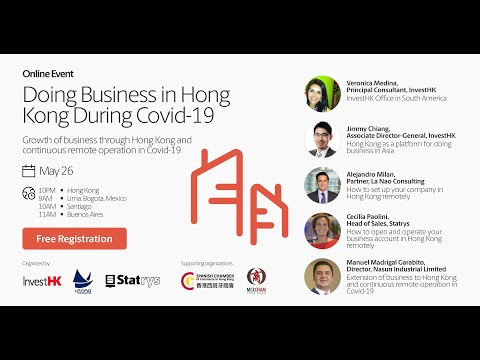 "The Truth about Mexico"

A company incorporated in Hong Kong is required to file every year its Profit Tax Return (“PTR”) and Employer’s Return of Remuneration and Pensions (“ERRP”) to the Inland Revenue Department (“IRD”).

When the said returns are not filed, the company will be subject to fines, interest payments and/or be prosecuted. The aforementioned requirements, as well as possible penalties are as follows:

The company must file its PTR together with audited financial statements to the IRD on an annual basis.

The delivery date of such reports depends on the fiscal year-end. The deadlines for delivery are 15th of August, 15th of November and 2nd of March.

Employer's Return of Remunerations and Pensions

Every year between the 1st and 5th of April, the IRD issues the ERRPs to the companies. Once it is received, the company has one month to present the corresponding information on remunerations and pensions paid to its employees.

This declaration is based on the fiscal year of assessment of the Hong Kong government, which runs from April 1st to March 31st.

If the company does not comply with the filing deadlines, the IRD can take the following actions:

In the event that the company did not have profits in the previous year of assessment, the first action of the IRD for late filing of declarations is to impose fines ranging from US$150 to US$1,300. Subsequently, if the declaration continues without being presented, a first surcharge of 5% is received and then a second surcharge of 10%.

After the 10% surcharge, interest begins to accumulate. There is no base rate, this is imposed at the discretion of the assessor assigned to the company.

If the company had profits in the previous year of assessment, the first action of the IRD is to issue an assessment of estimated taxes to the company. That is, the IRD will indicate the amount of profits for which the company will be subject to taxes. Normally these estimates are calculated at a 100-150% with respect to the profits of the previous year. If the declaration continues without being presented, additional estimates of tax collection can be issued.

If the company ignores the fines and/or estimates, after a certain period the IRD will file a lawsuit to the court against the company. The company must appear before the court, provide explanations, and present its annual declaration. This is in addition to having to pay all charges by the IRD along with those imposed by the court.

The International Financial Reporting Standards (IFRS) are applicable for the preparation of financial statements of Hong Kong companies.

During the accounting process, the company must have supporting documentation of the transactions recorded in the journal and the general ledger.

Upon completion of the financial statements for the fiscal year, the company must nominate an auditor that shall be a certified public accountant or public accounting firm under the Hong Kong Institute of Certified Public Accountants and the Association of Chartered Certified Accountants.

During the audit process, the main accounts that will be reviewed are sales, costs, inventories, expenses for professional services and consulting.

If at the end of the fiscal year there are accounts receivable and/or payable, the company must indicate the settlement dates and if the amounts exceed US$10,000, it must also provide settlement support.

We hope this document will serve as a guide to comply with the requirements of the IRD.